Home > The School > Life at School 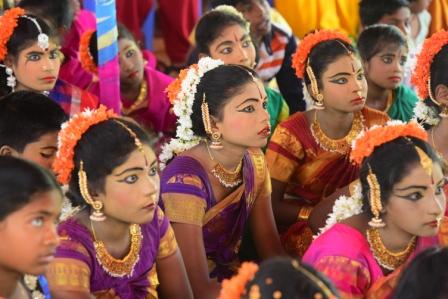 The Vellai Thamarai School is conceived to be a lively place, well integrated in its cultural, village environment.

The school is also careful to share events having a deliberate educational content : gradually children’s parents get used to be solicited, informed, consulted; they understand and better accept concepts that are often unknown or foreign to them : the values and principles of the School such as the importance of punctuality and school attendance, the gender equality, health education, hygiene, ecological concern. 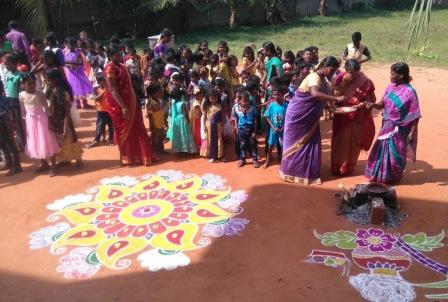 Annual Project of the School 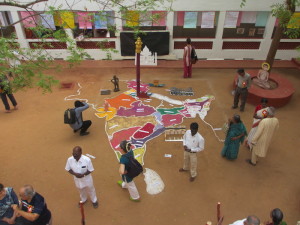 At the beginning of each school year, the teaching staff chooses ”the annual theme”: each class studies a specific aspect of the selected theme, giving an illustrated presentation of it. An exhibition is organised, visited by families and surrounding schools.

The theme for 2018 was ”Discover India” ( many children from villages have not travelled further that Pondicherry). 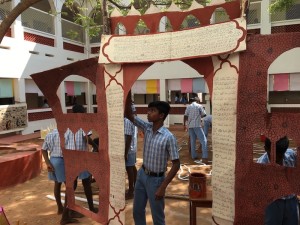 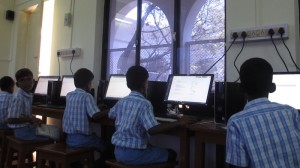 Since 2017, the opening of a Computer Lab and computer courses starting from all primary classes have given students new an current tools for inventiveness and research. 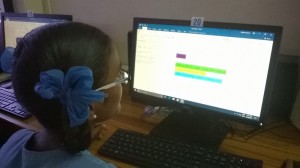 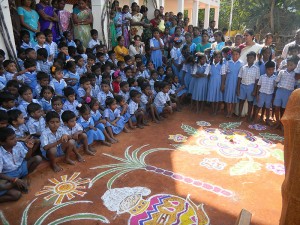 In India, the school year is marked by festivals and celebrations. Independence Day on August 15th, Republic Day on January 26th,”Pongal” Harvest festival on January 15th, festival for the end of the school year, birthday celebration of leading figues of India…Local representatives are invited. These gatherings are occasions for speeches, theatrical performances, as many events for students to display their creativity.

In March 2018, the School celebrated its 10th anniversary. A great show was staged, in which each class presented a dance style from different regions of India. Parents contributed in making costumes, students helped in creating set and scenery for the stage. 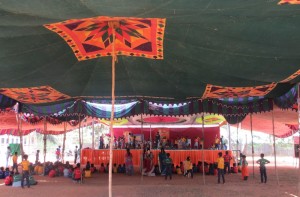 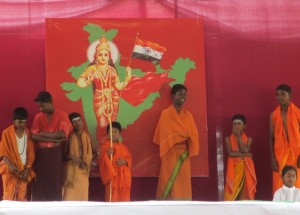 In June 2013, the school received a lot of 500 young tree seedlings : a celebration was organized during which each student was made aware of  ecology by planting ”his”, ”her” tree. 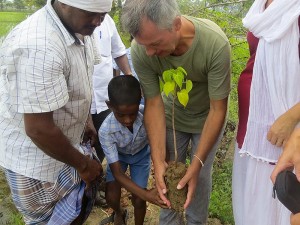 In 2013, a student won an inter-school poetry competition. She received her award from an official, before the entire School and her parents (illeterates).

It is through children that parents progress.